Throughout the cochlear implantation journey, setting realistic expectations is constantly emphasized. This can be accomplished by becoming informed about all aspects of the cochlear implant, including the benefits and the limitations, so the candidate can develop an understanding of what the device has the potential to accomplish for them.

Dr. Mark Syms compared setting expectations to a son playing baseball. “If my expectation of my son playing baseball is that he’s a good sport and he tries as hard as he does and he does as well as he can, that’s a reasonable expectation. If my expectation is that he is throwing the seventh game of the World Series to win the World Series that would be very high expectations, and I’m likely to be disappointed.” This analogy stresses the importance of having reasonable expectations, for it minimizes any residual disappointment that the candidate may experience after surgery.

Kevin Chruscinski and Del Ray Peterson, two successful cochlear implant users, both shared what their expectations were prior to the implantation and how those expectations compared with reality.

Kevin Chruscinski revealed, “I knew I wanted to hear better, and [the cochlear implant] would be a chance for me to explore hearing better.” His hearing ability prior to the cochlear implant was minimal, and his ability to comprehend the speech of others impeded him from social situations. While making his decision, he realized, “It’s definitely going to be better than what I have now.” He then summarized how his expectations compared with reality, affirming, “Expectations? Oh, yeah. Those have been met. Those have definitely been met.”

Del Ray Peterson cited a similar situation, explaining, “I just knew that it would probably help my hearing or I would have never tried to do it.” When he initially received the implant, he was somewhat disappointed because he did not previously understand that the brain needed to be trained to understand the cochlear implant, meaning that his expectations had exceeded what the cochlear implant could actually do. Once he realized that listening practice was necessary with the device, he became much happier with the results. “I would definitely have it done again if I had to,” he confirms.

Who Can Get A Cochlear Implant?Uncategorized 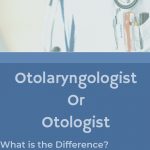 The Difference Between an Otolaryngologist & an Otologist/NeurotologistUncategorized